This browser is not actively supported anymore. For the best passle experience, we strongly recommend you upgrade your browser.
All Posts
September 13, 2021 | 4 minutes read 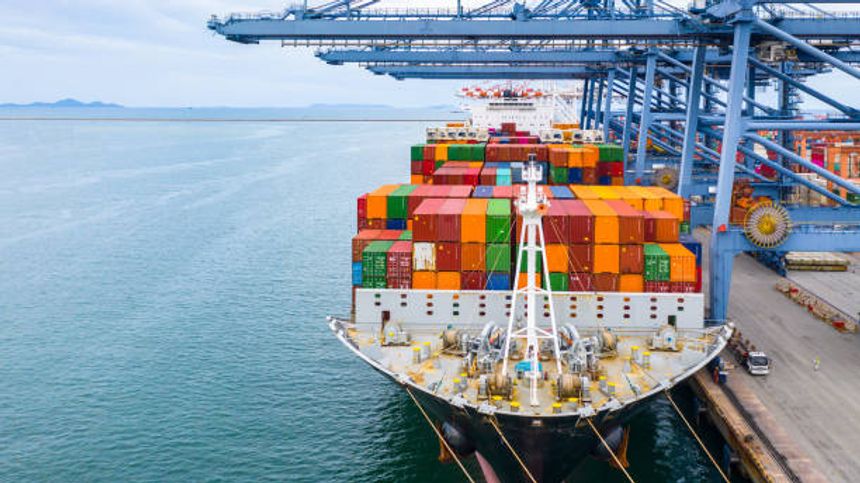 As the U.S. withdraws from Afghanistan, it will continue its pivot to the Indo-Pacific region and intensify its focus on great power competition with China. The Biden administration’s moves, largely a continuation of the Trump administration’s policies, reflect a growing bipartisan consensus in Washington that the US must confront the multipronged China challenge. America’s China challenge goes beyond security and extends to diplomacy, trade, and investments. The intensification of U.S.-China competition in the Indo-Pacific will bring opportunities for U.S. and U.S.-ally and -partner corporations and investors. However, a pax-Americana is unlikely, making it necessary for companies to be realistic about business risks despite growing opportunities.

The Indo-Pacific’s Prosperous Present and Future

The Indo-Pacific is the epicenter of future growth. According to international organizations and independent groups, the Indo-Pacific region will have the highest economic growth rate of any region and among the highest overall trade growth for years to come. By 2050, the Indo-Pacific could account for over half the globe’s GDP. For the region and companies to realize their full economic potential, they will need to successfully navigate U.S.-China competition.

The U.S.-led effort to manage China and encourage supply chain relocation is an opportunity for firms to make inroads elsewhere in the Indo-Pacific. U.S.-China trade and economic tensions have only made South and Southeast Asia more important players in the rearrangement of global supply chains. And Beijing’s rollout of new regulations on businesses may accelerate that. The COVID-19 pandemic also highlighted the pitfalls of concentrating supply chains in one country, further encouraging suppliers to diversify from China to other Indo-Pacific countries.

Besides supply chains, the Indo-Pacific will be home to major industrial growth. U.S. and allied/partner companies can use their competitive advantages to seize opportunities in industries ranging from infrastructure and logistics to high tech and e-commerce. Considering growing global policy support, infrastructure, which can include telecommunications and green energy projects, could be especially promising.

In particular, the aerospace and defense industry will experience high growth. China’s growing military capabilities and more assertive foreign policy have worried countries in the region. The deterioration in relations between Beijing and regional capitals has led to countries increasing their defense budgets and security cooperation. These efforts, plus Washington’s increasing attention on the Indo-Pacific, create multiple opportunities for defense firms. Asymmetric systems needed to counter China’s military modernization, such as submarines and missile defense, are in high demand and will continue to be critical to countries like Australia, India, Japan, and South Korea.

While opportunities will grow in the Indo-Pacific with increased U.S. attention, new risks will materialize and old risks remain. The economic landscape is deeply uncertain. From Trump to Biden, trade restrictions, sanctions, and counter-restrictions abound. The EU is also reviewing its trade policy toward China. Overall, trade liberalization is stalling.

The U.S. is slow to set its policy and launch solid initiatives demonstrating a serious commitment to the Indo-Pacific. Washington’s mixed messages around its vision for the region and reshoring to the United States or the Western Hemisphere are problematic, especially for Southeast Asian countries. This is in addition to previous U.S. investigations into Southeast Asian trade and economic practices.

In addition to U.S.-China tensions, multiple regional security issues could become major sources of business disruption. Many security challenges remain unresolved: North Korea, the China-India border, Taiwan, the India-Pakistan dispute over Kashmir, and the East and South China Seas. As regional rivalries and competition increase, managing rising flashpoints will become more difficult. Internal security issues, from a possible civil war in Myanmar to the rise in Islamic terrorism in Southeast Asia, must also be kept in mind.

Moreover, the U.S. and its allies and partners can’t expect their companies to dominate with increased focus. Instead of dramatically shifting or outright abandoning China, Southeast Asian countries are likely to hedge their bets. By virtue of geography, Beijing isn’t going away. It’s the Indo-Pacific’s largest trading partner and an ambitious investor. The execution of the U.S. withdrawal from Afghanistan and how it is being portrayed by some isn’t helpful for Washington’s case. Increased U.S. attention notwithstanding, countries in the region don’t want to choose between the U.S. and China. If push comes to shove, countries may in fact choose China.

These uncertainties will ripple through global supply chains. After the COVID-19 recovery, it is unlikely that supply chains will return to their pre-pandemic status. In the post-COVID world, the U.S.-China rivalry will change the behavior of most global actors. Companies looking to retool their supply chains need to consider a wide range of political interests, incentives, and disincentives. Political interests will especially determine all aspects of supply chains.

Increased US diplomatic, economic, and military focus on the Indo-Pacific will not establish a pax-Americana. It will create more opportunities for U.S. businesses and those of its allies and partners, especially in Southeast Asia. But companies need to be clear-eyed about the risks and increased competition that will come with more opportunities in the region.

To learn more about how your organization can take advantage of the opportunities in the Indo-Pacific and mitigate risks, or if you are considering relocating outside of the region, contact Ankura’s Geopolitical Advisory team. We help provide the competitive advantage and confidence you need to succeed in the global marketplace.