Human Capital Due Diligence Considerations in Mergers, Acquisitions, and Carve-Outs 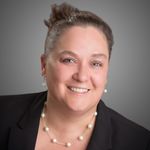 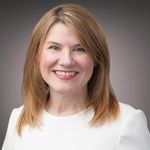 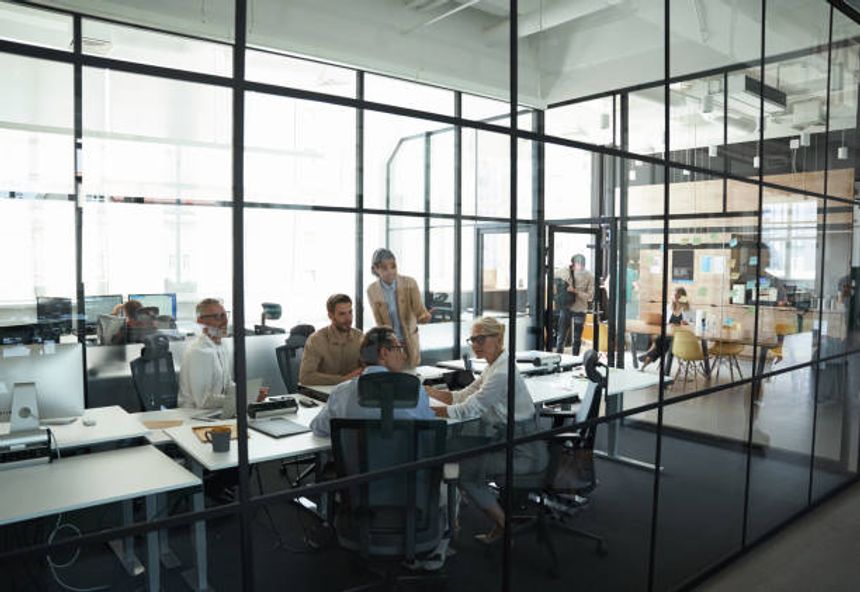 In the course of evaluating mergers, acquisitions, or carve-outs, teams often lose sight of the fact that human capital is typically a company’s first or second largest operating expense and controllable cost. The knowledge, skills, abilities, and relationships of a company’s workforce are the primary sources of corporate value creation, meaning growth synergies are disproportionately driven by human capital. Paradoxically, evaluating human capital policies and systems as a part of diligence is often either an afterthought or not a thought at all. While due diligence in other areas is already standard for M&A, many leading companies are only now recognizing the significance of comprehensive HR diligence. An estimated 70 percent of all acquisitions fail to achieve their anticipated strategic and financial objectives[1]. This failure rate is often attributed to various HR-related factors that were not well-evaluated as a part of the diligence process. 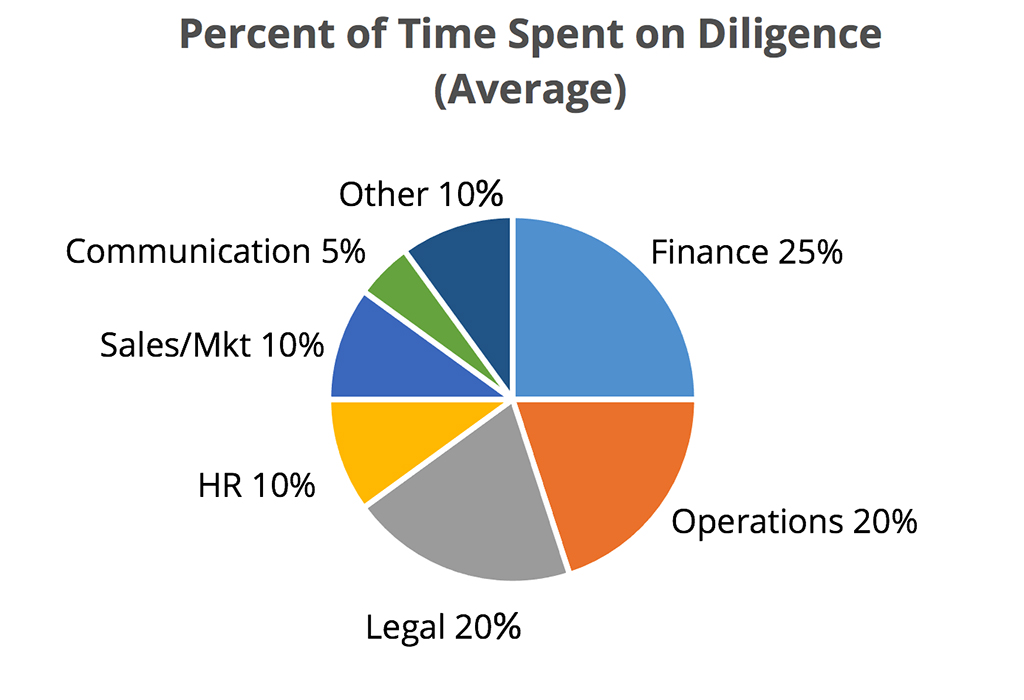 An organization’s human capital practices have an increasingly large impact on M&A success; they can impede or accelerate results, making the identification of these factors during diligence paramount. Ankura’s work with executives and M&A deal teams across multiple industries and deal sizes have enabled us to identify some of the most critical human capital factors to be considered in diligence. Research shows that the top five drivers of deal failure globally are: (1) integration taking longer than expected, (2) cultural issues, (3) inconsistent communication of synergy activities, (4) insufficient attention to workplace/people issues, and (5) misinformed strategy1. While four of the top drivers for deal failures are human capital issues, only 15 percent of time in due diligence is spent on HR and communications topics.1

The evidence for increased diligence in human capital practices is overwhelming, and acquiring companies can neither focus too much or too early on a transaction’s human capital implications. Each transaction’s strategic and HR-related objectives may vary based on many factors. Proper diligence not only reduces unforeseen costs and risk but also facilitates better integration plans that accelerate synergy realization. The ’winners’ are those firms that can effectively build execution capabilities and measure outcomes around growth synergy capture instead of spending time, effort, and resources on remedial work caused by lack of diligence.

A clear understanding of the breakout of regular, temporary, contract, union, and retiree populations is significant for several reasons. In addition to identifying current wages, payroll taxes, and the like, it assists the deal team in identifying the terms and conditions of any contracts with temporary agencies, contractors, unions, and retiree groups. It also raises the question of the geographies in which employees are located, as compliance regulations and laws vary by country, state, and region. Analyzing demographic segmentations may raise red flags regarding issues such as equal hiring and promotion practices, flight risk associated with significant skills sets, or unexpected retirements without continuity plans in place.

A thorough understanding of headcount informs the identification of cost synergies and redundancies that have high impact on the organization’s financial strength. In most deals, there is an expectation of cost savings from the elimination of redundant roles (the new company does not need two CFOs, for example), the application of best practices that improve performance, and similar talent considerations.  Identifying these opportunities early accelerates the financial performance of the new organization and impacts the speed and quality of the organizational and leadership transition. Better-managed transitions lead to better financial outcomes.

Ensuring that employees and contractors are categorized correctly will avoid issues with wage and hour compliance. In addition to federal laws and regulations, many states, as well as other countries, have requirements for practices such as leave administration, safety, payroll administration, training requirements, certifications, special work arrangements, employment contracts, union contracts, and other employment considerations. Different locations will also have different laws and regulations pertaining to issues such as minimum wage, legal working age, circumstances under which overtime is paid and at what rate, vacation and sick time administration, break and rest periods, background checks, substance screenings, record retention, and more. Understanding these requirements will assist both in maintaining compliance and in streamlining processes during integration.

Beyond these employment practices, diligence teams should also determine whether any active or pending investigations or lawsuits regarding wages, safety, harassment, discrimination, workers compensation, or similar claims exist, as those liabilities may transfer as a part of the merger or acquisition. For example, in the U.S., companies can inadvertently assume significant liability without careful diligence around pending charges or litigation from the Equal Employment Opportunity Commission or face unfair labor practice claims from the National Labor Relations Board. Legal issues that typically cause the most problems include those related to wage/hour issues, leave issues, workers’ compensation claims, immigration-compliance procedures, and affirmative action plans. Having copies of any active claims or agreements, including payroll vendor, benefits carrier, union labor contracts, employment agreements, and non-compete/non-solicitation agreements, will minimize unanticipated financial obligations and resource commitments later.

Considerations, including change in control triggers in executive agreements, high-cost severance commitments (and who is responsible for paying them), differing compensation structure and administration, and lack of parity in employee benefit offerings, plans, and costs, introduce additional financial risk and can complicate integration efforts. Defined benefit plans, defined contribution plans, vesting, valuation of liabilities, overfunding or underfunding of plans, and retiree administration are complex issues that can create real challenges and unanticipated costs. Compensation bands that are either above or below market levels may drive either unneeded additional cost or unwanted, post-transaction turnover. Ancillary benefits such as paid time off and leave policies may damage the employer brand and the ability to attract and retain talent.

Disparate practices associated with performance management, discipline processes, and rewards can have a significant impact on perceived equity within the organization and impede cultural integration efforts. In addition, these processes help identify high-performers and critical skill sets to retain for continuity, as well as poor performers to retrain, develop, redeploy, or terminate. In many cases, deal teams need assistance in determining these workforce adaptations.

Differences in competencies, levels, titles, and reporting between organizations with substantially similar job roles can result in employee disengagement, legal action for discrimination, unanticipated turnover, and increased risk of unionization. These differences may also create compensation risk resulting from the misalignment of duties such as increased risk of wage and hour non-compliance, overtime pay discrepancies, disparate incentives, and others.

The extent to which the merged organizational culture is consonant with the culture required to realize the full potential of the deal is one of the most important components of success. Lack of cultural alignment is one of the most often-cited reasons for deal failure. While many believe it is difficult to quantify company culture and often dismiss it as amorphous, we have found that it is not only possible to measure, but it is increasingly a requirement of successful merger integration. Even without formal measurement, there are mile markers that demonstrate the similarities and differences between the cultures of organizations. Reviewing areas, such as results of engagement surveys, leadership frameworks and protocols, organizational risk tolerance, decision process and workflow, values, communication style, reward systems, team dynamics, and even significant company celebrations or events, can, in composite, serve as a proxy culture measure.

Understanding average tenure, promotion rates, time to fill key roles, and attrition rates can paint a vivid picture of the human capital dynamics within an organization. Differences in practices and policies, such as attendance policies, code of conduct, safety, media relations, onboarding, pre-employment requirements and others, highlight areas of legal risk and reveal hidden downstream costs or factors that slow or stall integration efforts. Advanced knowledge about these metrics and practices can enable you to take action to retain critical talent, avoid legal risk, reduce costs, and assist in aligning the organizations’ human capital practices and culture faster and more efficiently.

The cost of failed mergers, acquisitions, or carve-outs can be devastating to companies, their customers, shareholders, employees, and the communities they serve. By investing in robust diligence of human capital practices and their alignment with the investment thesis undergirding the transaction, deal teams can make better decisions regarding M&A targets they pursue and ensure they are creating—not eroding—shareholder value.

[1]Corporate Executive Board, HR’s Role in Successful Merger and Acquisition, 2017