Geopolitical Intelligence: How Climate Change Will Shape the Post-COVID World 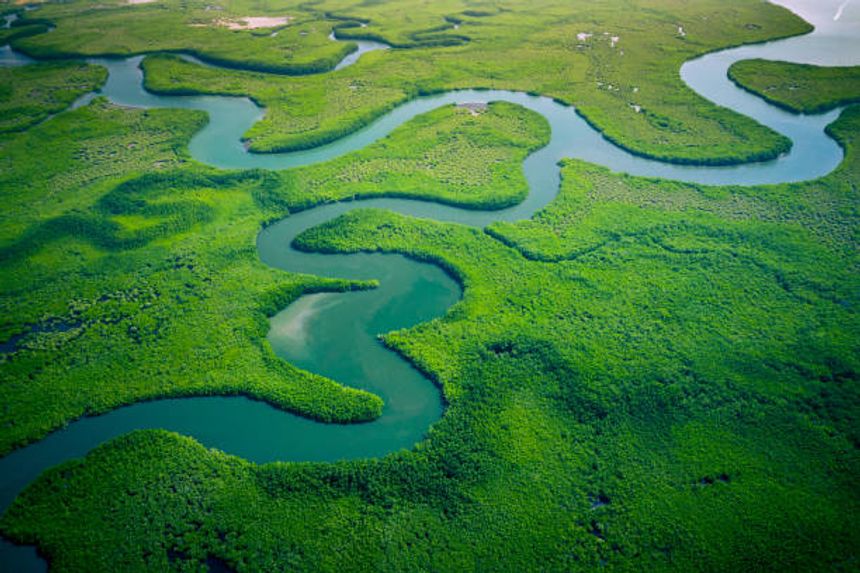 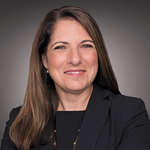 With 2020 upending global affairs, our team looks at what rebuilding post-COVID-19 will mean for businesses. The worldwide response to the COVID-19 pandemic has precipitated the steepest global recession since 1929. In response, governments worldwide have vowed to “rebuild better,” a key component of which will be to transition faster to a low-carbon economy. This transformational push will shape the global business environment for years to come.

So far, the fight against climate change has produced insufficient results to meet the objective of limiting global warming to 2ºC. As the pandemic creates a new sense of urgency about sustainable growth and renewables have become the cheapest source of energy, countries and blocks are increasingly competing for climate leadership to shape the global environment in favor of security and economic interests.

Among the 30 countries that have pledged to be carbon neutral by mid-century, the EU, China, and the U.S. have the market power to shape global rules. The EU has a head start, with key targets, dedicated funding streams, and new regulatory mandates expected in 2021. China’s recent pledge to cut emissions by 65% from 2005 levels portends significant policy changes to come. U.S. President Joe Biden, armed with a Democratic-led Congress, is in a strong position to make good on his promised $2T package to green the economy. The plan will help reverse four years of retreat from multilateral engagement and sustainability goals, during which the U.S. ceded leadership.

Renewed focus on climate mitigation and adaptation could encourage greater international cooperation, particularly with developing carbon-intensive countries such as China and India, a key component of President Biden’s climate plan. It will also open new business opportunities around the world and likely lower market-entry requirements with financial and regulatory incentives. However, the intensification of competition will likely increase regulatory divergence and deepen competitive distortions. As more countries develop standards and incentives for low-carbon initiatives and technologies, as well as disincentives for carbon-intensive activities, it can complicate compliance, upend business models and strategies, and dislocate supply chains.

A key region where competition will intensify is the Arctic. Melting ice sheets and warming temperatures are enabling access to oil, gas, and mineral resources and opening new shipping routes that will cut transport time between Asia and Europe by 40%. The prospect of an economic windfall is exacerbating great power competition and the militarization of the region. Aside from border countries that co-manage the region in the Arctic Council, an increasing number of countries are crafting Arctic strategies. Norway recently paved the way for authorizing oil drilling operations in the Arctic. China self-declared a near-Arctic nation, investing in the region’s infrastructure, developing scientific cooperation, and building capacity to defend its interests. Russia is claiming the entire exclusive economic zone extending 200 nautical miles into the Arctic Ocean as “internal waters” to set rules for all ships going through the Northern Sea Route, a position in contravention to the law of seas that the U.S. does not recognize. The U.S. is responding by bolstering its military presence in the region. Although we do not expect large-scale military confrontations to ensue, as nations become more economically and militarily invested in the region, business risks, stemming from diverging rules, competing interests, and bursts of tensions, will increase.

Powering the Green Revolution: Critical Minerals are the New Oil

The materials that power our day-to-day activities change over time, evidenced by the shift away from a dependence on oil to one on critical minerals such as rare earth, cobalt, and lithium that are essential to the Fourth Industrial Revolution, from offshore wind turbines to semiconductors and radar systems. Currently, China mines and processes a majority of rare earth minerals. Early in the U.S.-China trade war, China hinted that it could restrict its exports, sounding alarm bells around the world. Although it did not do so, it has since developed regulations allowing it to limit the export of “dual-use goods” for national security reasons, prompting widespread concerns that politically motivated supply constraints could spark durable price hikes. This would give China massive leverage not only over key national security equipment (such as radar systems for new generation jets), but also over the scope and pace of the transition to sustainability and economic recovery everywhere else in the world. As a result, many Western countries are developing critical minerals strategies to become autonomous. These include the U.S., the EU, Australia, and Canada. These concerns, combined with growing regulations over mining, are likely to prompt Western governments to intensify efforts to diversify away from Chinese-owned mining and processing and to fund technological innovations to reduce dependency on critical minerals altogether. This trend will open new opportunities for businesses, but also generate new compliance risks for supply chain management.

Trading in the Low-Carbon Environment: Retooling the Rules of the Game

Historically, trade intensification has not been climate friendly. Trade agreements increased the volume of goods transported across the globe and spurred economic growth. As a result, carbon emissions grew. At the same time, tariffs and other barriers provided massive direct and indirect subsidies to fossil fuels. As climate change becomes a central concern of policymakers, this is changing. Instead of trade driving climate change as in the past, climate change is likely to shape trade relations for the foreseeable future. The U.S. and the EU will include environmental chapters in their future agreements, but other regions will not. The Regional Comprehensive Economic Partnership (RCEP) and the African Continental Free Trade Agreement (AfCFTA) do not contain robust environmental protections. The EU has announced that it will replicate its EU-UK post-Brexit blueprint for enforcing environmental obligations. Concerns over the carbon emissions induced by global trade liberalization could also fuel governments’ effort to reshore or near shore production. Two key policies to address diverging regulatory frameworks will come to the forefront: raising the price of carbon in emission-trading schemes and developing carbon border adjustment taxes (CBAT). The EU will introduce its CBAT scheme in 2021 and the UK and Canada are working on theirs. The Biden administration still needs to clarify its position. U.S. businesses face growing risks in this piecemeal approach. First, they will have little leverage over foreign schemes. Second, as the U.S. lags behind some of its counterparts, its ability to shape the global rules is diminished in the short term. Third, as countries and the EU move at different speeds, a vicious cycle of regulations-disputes-retaliations could trigger a new trade war.

Accounting for and Mitigating Climate Risks

Restructuring financial services to ensure better environmental outcomes is already underway, but it will accelerate as central banks move to include climate impact in their regulatory mandates. A group of 75 central banks argues that climate change is a source of systemic financial risk. Various analyses point to an estimated $20T in likely stranded assets by 2050 and the world’s Fortune 500 facing $1T in climate risks, which could all amount to a “green swan” according to the Bank of International Settlements. The most likely actions include climate risk stress tests and expanded financial disclosures. Major central banks are also looking into setting standards for “green” financing and issuing or purchasing green bonds. More controversial are actions designed to penalize brown investments, including divesting from fossil fuels and municipalities/regions with high greenhouse emissions, raising banks’ capital requirements when lending to carbon-intensive firms, making the bonds of polluting companies less valuable than those of cleaner peers, or giving preferential treatment to green debt. This environment portends many risks for businesses that will have to account for and dispose of at-risk assets, adjust business models to meet investors’ sustainable requirements, and navigate reputational risks stemming from uncertain definitions. Nonetheless, a fundamental appeal of changing financial rules for policymakers is that it is less costly than direct subsidies or public investments. 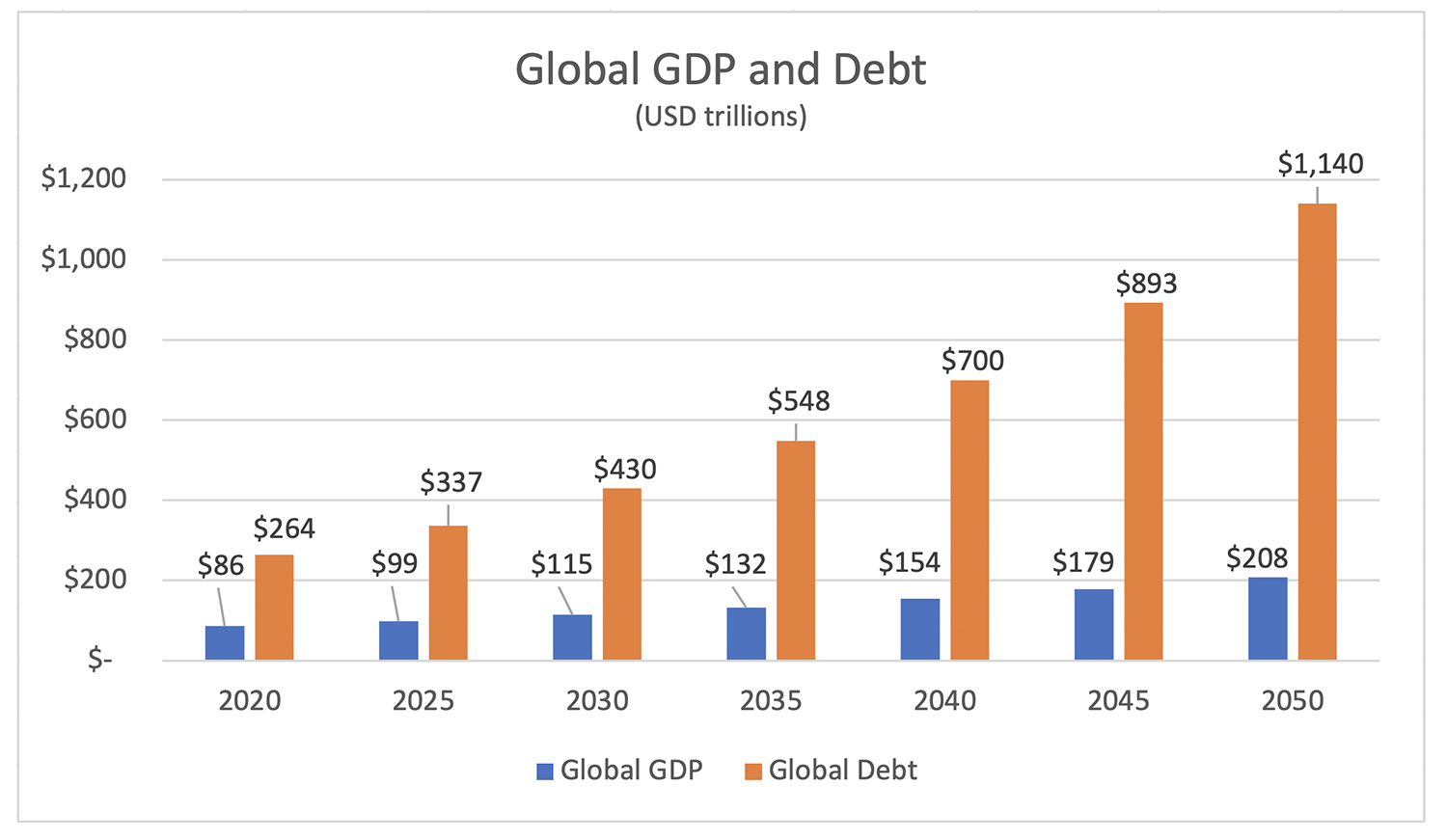 According to the UN Environment Program Finance Initiative, transitioning the world to a low-carbon economy will require $60T of new investments by 2050. These investments are needed even as governments heavily rely on new debt, which adds to the already elevated debt levels inherited from the 2008 recession. As a result, the Institute of International Finance (IIF) expects that global debt will reach 365% of global GDP by year’s end. The confluence between the need for broad economic support and the high levels of debt could create financial headwinds for a transition to a low-carbon economy. Most COVID recovery packages have mixed incentives for low-carbon initiatives with massive subsidies to fossil fuels and carbon-intensive industries. This is sending conflicting signals to the business community and compounding financial, compliance, and reputational risks over the long term. Global support for low-carbon options is growing fast, and delays in adaptation carry significant risks of political backlash. However, as debt grows, political and market pressures to take corrective action will likely rise, complicating efforts to finance the transition. In developed markets, deficit hawks and (potentially) rising inflation could stymie debt-financing options. Many emerging economies have room to borrow, but debt load is a growing concern. Emerging markets currently hold $11T in external debt, $4T of which is set to mature in 2021, and 15 of them, including large economies such as Nigeria and Ghana, can now be considered in debt distress territory. Pressed by creditors and facing dueling demands, they may not have the political capital and market support to finance their green transition.