How to: Avoid Construction Claims 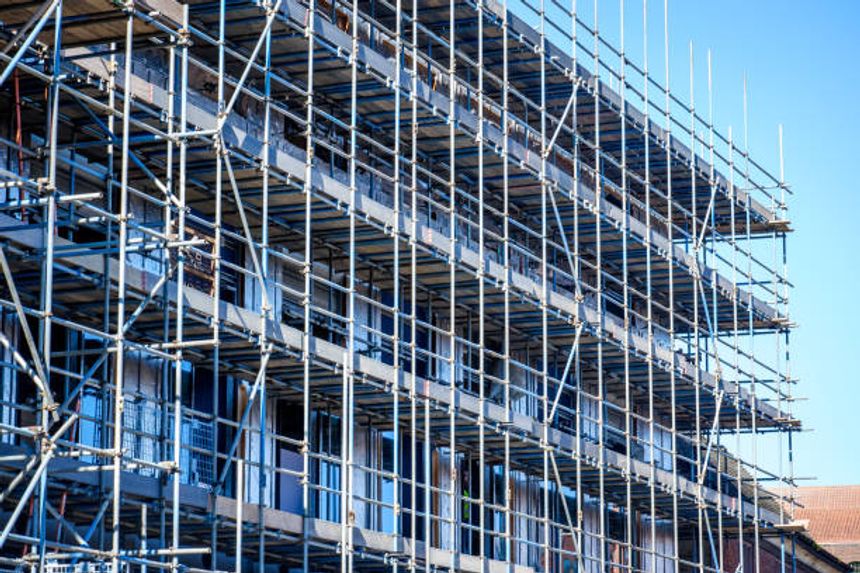 Matthew Finn is a director at Ankura with many years’ experience in the construction industry. He is regularly appointed as an expert witness in the field of quantum (damages) on appointments on construction projects in building, civil engineering, power, nuclear, rail, oil and gas, and building services, and also receives appointments to act as an adjudicator and arbitrator and sit on various adjudication, domestic arbitration, and international arbitration panels. He also sits on international dispute resolution boards (DRB).

Speaking to Lawyer Monthly, Matthew touches on how companies can avoid construction claims and what they must do if they find themselves in a dispute.

From your expert opinion, how can clients avoid construction claims and what do they do if they receive one?

The construction industry is inherently a breeding ground for disputes. Often construction projects go over budget, suffer delay, become disrupted, and have significant scope change. Whilst projects using partnering forms of contracts and speedy alternative dispute resolution (ADR) processes are both proven to be effective methods to avoid claims, I would emphasise that this does depend on the level of ‘buy-in’ from the parties. I have seen many successful partnering projects with DRBs which have avoided claims from the outset. However, I have also seen parties sign up to such standard suites as NEC3[1] and PPC2000[2] and operate in anything but a collaborative and trusting relationship resulting in a rise in claims.

Clients rely heavily upon the expertise of their consultants, who need to ensure that the contract is administrated correctly to avoid any unresolved matters from developing into claims which later are disputed. So often on large construction disputes, I see that the claims could have been avoided by correct contract administration and being proactive to prevent and resolve any disputes.

Construction claims can be complex and may feel unwieldy to a client. It is almost inevitable that there will need to be a demonstration or rebuttal of an entitlement. The early involvement of independent experts can help the client to understand the entitlement of the claim, and early quantum and delay analysis can assist to focus on a true financial reporting position and early settlement.

How important is it for independent opinions to be given? Should experts not just be a hired gun for their client?

Often the matter is too complex and the parties become so emotional in the claim that it clouds their judgement. The parties need somebody fresh and uninfluenced to give their own expert opinion to the parties’ entitlement of the claim. Independence and being uninfluenced are key to ensuring the client is best protected. A client who fully understands the entitlement of the claim on a truly independent basis is less likely to incur significant losses later upon a determination by the courts or tribunal.

I also think that two independent experts instructed by opposing sides would be more likely to narrow differences through expert meetings and provide meaningful joint statements which assist the courts and tribunals.

A ‘hired gun’ who pretends to be independent is of no help in the long term to the client. It could cause the client to spend more expense going through the whole proceedings, prevent any settlements, and, later, render the expert evidence meaningless as the tribunal and courts give little weight to it. The courts in England and Wales have given many judgements of the bias of experts and this is something that is under close scrutiny. As an expert, you must maintain your independence.

Continuing involvement on live construction projects and expert accreditation and training courses, such as RICS, TAE and EWI for practising experts, are important and I think those with accreditation and experience are more likely to understand the importance of being independent and their duty to assist the tribunal or courts.

How important are site records in being able to undertake quantum analysis?

In the construction industry, it is often said that the most important ingredient in a claim is the 3Rs: records, records, and records. This does sum up the importance that keeping correct records play in assessing construction claims, particularly in terms of delay and quantum analysis. Whilst in some claims basic site records may be enough to make an assessment such as in prolongation claims, more complex claims analysis such as disruption require accurate and significantly detailed records.

It is often a contract requirement and a statutory requirement that such records are kept on a construction project. On larger projects, I am seeing this improving, and parties understand this requirement from the outset. However, some sub-contractors and SME[3] contractors are still struggling to get this right. This might be due to financial and time commitments; however, it can cost them far more in the long run when they encounter a claim for which they need to prove entitlement and cannot.

Whilst poor records may not mean that a claim will fail, it might mean that the lack of records restricts the ability for two quantum experts to make their own assessments and reach agreements for balance of probabilities and burden of proof. A party trying to demonstrate an entitlement should always support it through contemporaneous site records.

What legal cases are you commonly instructed on? Out of these, which are easily avoidable if sufficient due diligence is conducted beforehand?

I am currently instructed on various UK litigation, mediation, and adjudication matters whereby I have been appointed as a CPR part 35 expert. These matters range from disputes involving termination, breaches of warranties, damages due to delays and disruption, variation disputes, professional indemnity matters, and head office overhead claims. The types of projects span from multiple billion-pound skyscrapers to high-end residential refurbishment; from multi-million pounds new industrial estates to a couple of thousand pounds’ worth of motorway repairs — and complex civil engineering projects to new iconic sports stadiums. The type of projects I work on is varied across the construction and energy industries.

I also undertake international appointments and I am currently appointed to act as a quantum expert on a process plant in Europe, and multiple commercial disputes in arbitration in the Pacific.

On some of these engagements, I can see that earlier engagement of experts, particularly before serving proceedings, could have avoided some later cost. It is sometimes unavoidable that experts are appointed late and given a short duration to reach opinions, however, this is often not ideal.

In terms of the reasons for the dispute, some of the projects had unrealistic timescales, budgets, and expectations from the beginning. In others significant changes in scope and non-transparency between the parties had contributed. These have subsequently escalated into large value disputes.