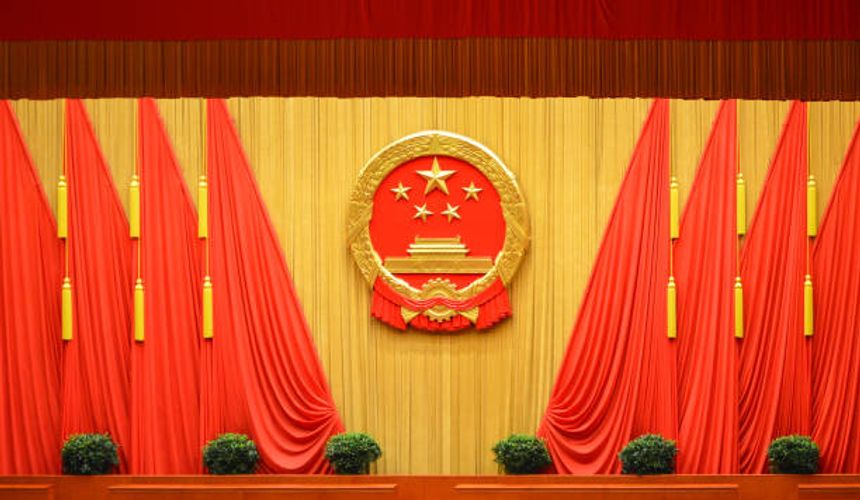 Maoism returns. A new Cultural Revolution is on the horizon. These are what some analysts claim to be the results of Chinese President Xi Jinping’s revival of Mao Zedong’s Common Prosperity policy. Indeed, Common Prosperity originates with Mao, but it has been used by many Chinese leaders in different ways. Xi’s version has similarities to previous iterations under former Chinese leaders Deng Xiaoping and Hu Jintao in that it focuses on delivering greater economic benefits to the middle and lower classes while setting China on the path of long-term, sustainable growth. Yet what most firmly unites them all – and is especially relevant to Xi’s formulation – is that the bedrocks of Common Prosperity are about changing behavior and securing the power of the Chinese Communist Party (CCP). Here is what that means under Xi.

“Housing is for living in, not for speculation.” Xi’s words at the beginning of 2021 form the basis of Beijing’s real estate Common Prosperity focus. This means more affordable and accessible housing – lower housing prices and rents in major metropolitan areas. Rent and price caps are likely on the table. Shenzhen, China’s San Francisco, has already implemented them. Hong Kong will likely be forced to follow given the city’s housing woes. Property taxes will also be implemented after a multi-year trial period – although implementation could be stalled due to intra-Party pushback. These types of policies will deter future property investments and likely lead to a reduction in profits for real estate developers and their investors. But most importantly for Xi, more affordable and accessible housing will eliminate a major source of protests – including in Hong Kong – keeping the CCP in the people’s good graces and enhancing XI’s personal standing among the people, therefore within the Party.

Addressing a social ill is only part of Common Prosperity’s approach to real estate. The biggest long-term goal is to shift investment from real estate to more productive sectors – but with more force than limiting banks’ abilities to make loans. Evergrande Group’s default is a case in point. Despite owing banks, investors, and suppliers over $300 billion, Evergrande was unable to secure a bailout from Beijing. Instead, the Chinese government notified local governments to prepare for economic difficulties. A government-influenced restructuring and/or breakup is occurring. Most analysts do not believe Evergrande’s demise would lead to China’s economic collapse. Although it would send waves throughout the property sector, allowing Evergrande’s complete restructuring or breakup would emit a clear signal to all players in the real estate market that they should not expect a state bailout. This would likely see investments move away from real estate to areas Beijing has identified as critical to the future of the Chinese economy – high-value and advanced manufacturing, biotech, green energy, and AI, among others. If Xi and the CCP can manage the shift, their power will be more secure for years to come and Beijing will have more control over local governments.

The tech sector must diversify and avoid following the West.

Like with the real estate sector, Xi’s Common Prosperity approach to the tech sector is multifold: tech platforms and video games should be deemphasized due to lack of productivity, investments should be redirected to innovative products and services that could benefit more people and businesses, tech companies should stay in their lane, and competition and consumer protection are needed to create a more robust and modern digital economy. Already, Beijing has limited the number of hours children can play video games, a move China likely intends to prevent them from “lying flat” and becoming unproductive workers. Regulators have also introduced new rules requiring companies to allow users to share links from competitors, while also restricting what data they can collect from consumers. These come on top of rules and regulations that will essentially turn fintech firms, like Ant Group, into full-fledged financial institutions – meaning even more regulation and oversight. Ultimately, these policies are meant to increase productivity, boost innovation, and support small and medium-sized firms to ensure more competition and greater efficiency.

However, Common Prosperity tech regulations are about more than economic health. These policies will actually strengthen the CCP’s – and thus Xi’s – hold on China. For example, regulations enforcing more competition and financial risk management will help prevent companies like Tencent and Alibaba from developing political power akin to Facebook and Amazon. Perhaps more significantly, China's new data privacy law, while protecting consumers' personal information from companies, will in practice allow the government near-exclusive access to troves of data that could help in devising more effective economic and other public policies. More data in the hands of the CCP will allow it to more efficiently, effectively, and securely rule. If Beijing’s tech regulations can lead to a stronger economy in the long run, Xi and the CCP will reap the political rewards.

With extreme wealth on the mind, even Macau isn’t immune.

As with Hong Kong, Xi’s Common Prosperity initiative will touch Macau’s biggest industry: casinos. This year, casino operating concessions – including the sub-concessions for American gaming companies Las Vegas Sands and MGM Resorts – will expire. Coinciding with the expiration, Macau’s municipal government is considering a new law that will slash casino license terms in half from 20 years to 10 years. Concessions would be limited to six casinos - the current number in operation. Moreover, the proposed law would increase government oversight of casino operations and require gaming firms to increase their corporate social responsibility investments. If passed, Beijing via Macau will be able to tightly control the gaming industry to prevent wealthy Chinese from easily moving their money out of China. With pre-existing capital controls in place and new junket limits, this will likely force high net-worth individuals to invest more in the Chinese market, especially the start-ups, small, and medium-sized businesses that will drive economic growth.

While new laws will require casinos to share even more revenue with the public, concession grants and renewals – especially for foreign companies – could be the easiest path for Common Prosperity in Macau. Beijing and Macau could require casinos to invest and donate even more revenue to government-directed entities and projects as concession stipulations. Gaming firm profit margins would further decline, but Xi and the CCP would be able to reap the rewards of providing more social goods – helping to stabilize Macau’s society.

The gamble could pay off, but Xi is playing a high-risk game.

Xi’s Common Prosperity is trying to address real social issues to secure his and the CCP’s power, but it is fraught with risks. Though unlikely, an overly strong clampdown on the real estate sector could not only lead to an economic collapse but significantly eat away at middle-class Chinese investments. Both scenarios would increase the risk of social unrest and weaken the CCP’s governance. The same goes for increasing tech regulations. Innovation and efficiency could actually decline as entrepreneurs wait for orders from Beijing. China’s economy could then be put on the path of stagnant growth a la Japan which would seriously call into question the CCP’s competence to rule. Macau’s financial future would also be in question. If casino revenues significantly decline, the municipal government will lose the majority of its revenue stream – not to mention job losses. Protests would be expected. Xi and the CCP have the most to lose. For them, failure is not an option.

To learn more about how China’s evolution impacts your organization’s strategy, contact Ankura’s Geopolitical Advisory. We help provide the competitive advantage and confidence you need to succeed in the global marketplace.