Three Key Themes of U.S.-China Competition to Understand in 2022 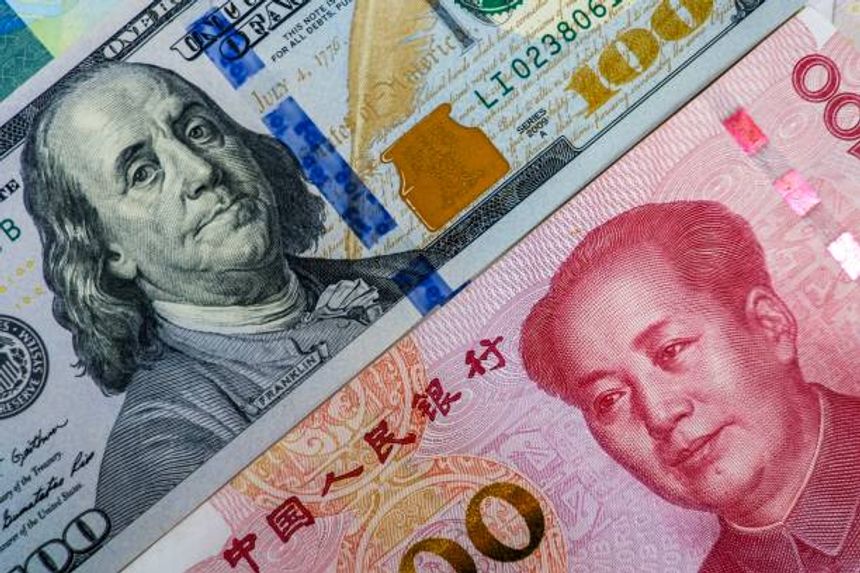 U.S-China relations are growing increasingly tense in three areas critical to international relations: economics, security, and – above all – politics. Policy responses resulting from great-power politics like those inherent in the U.S.-China relationship will impact businesses almost everywhere with respect to how and where they can invest and operate, as well as what future market opportunities will look like. Understanding the economic, security, and political pressure points will better enable businesses and investors to succeed in global markets.

A foundational part of U.S.-China tension revolves around trade and economics. Beginning in 2018, the United States and China have been engaged in a trade war. Since making a deal, Washington has sought to:

Both the current and previous administrations undertook measures to achieve those objectives while also using preexisting tools to address China’s market-distorting policies. Many of these economic practices include subsidizing Chinese companies, state-endorsed (legal and illegal) intellectual property transfers, and using Chinese companies for national security purposes. The U.S. has regularly responded by banning investment in many companies linked to China’s national security sector. However, the administration failed to include subsidiaries of companies on the ban list, and some major firms, such as Xiaomi and COMAC, were excluded from the ban list. Moreover, in the wake of the supply chain snarls of the COVID-19 pandemic, the U.S. is also seeking to secure its supply chains – especially regarding health, critical minerals, and security – by shifting them from China to other regions, preferably the continental U.S.

On the other hand, China is only willing to go so far and fast in opening its economy and implementing economic reforms. Indeed, similar to the U.S., China also desires to secure its supply chains and corporate successes to continue its economic growth. To this end – and to take advantage of the lack of a regional U.S. trade presence – Beijing applied to join two of the largest and most significant regional trade blocs, the Comprehensive and Progressive Trans-Pacific Partnership (CPTPP) and the Digital Economy Partnership Agreement (DEPA). While China’s entry is a long way off, membership would further integrate the Indo-Pacific economy with China at its heart. Instead of participating in multilateral trade pacts in Asia, the U.S. relies on trade and investment controls to keep China in check. Beijing has moved to counter those U.S. impediments with their own Unreliable Entity List – China’s equivalent of the U.S. Department of Commerce’s Entity List – and the Anti-Foreign Sanctions Law, which aims to prevent companies in China from complying with foreign – primarily U.S.– sanctions.

Washington is also concerned about Beijing’s military activities in the Indo-Pacific region. Since 2012, when the U.S. announced its “pivot to Asia” (which consequently never happened), China has been increasingly staking its territorial claims in the East and South China Seas – claims that directly conflict with U.S.-allied Japan and the Philippines – both rhetorically and through military activity. Washington is concerned that Beijing could disrupt the trillions of dollars in trade in both seas. Accompanying its assertiveness, China is adding to its defense budget and modernizing its armed forces. Moreover, since the pro-independence Democratic Progressive Party took Taiwan’s presidency and legislature, Beijing is diplomatically isolating Taipei and rattling the saber in the Taiwan Strait. The U.S. is legally required to sell arms to Taiwan and is increasingly under pressure by the Democratic and Republican parties to support Taipei against Beijing. To address these concerns, the U.S. has upped its security engagement in the region by strengthening its relationship with the Quad countries Japan, Australia, and India at the leader level, as well as treaty allies South Korea – allowing new missile technology – and the Philippines – renewing the Visiting Forces Agreement. Furthermore, Washington’s new Australia-UK-US agreement (AUKUS) aims to provide nuclear-powered submarines to Australia by 2040. These would allow Australia to operate closer to China and be more helpful to the U.S. during a Taiwan conflict.

However, China has long been concerned about foreign powers encroaching on its borders and what Beijing perceives to be its rightful territory. Fervant Chinese nationalism fuels nearly all of the security issues in the Indo-Pacific region, as they directly reflect on the legitimacy of the Chinese Communist Party (CCP). While continuing down its military modernization path, Beijing is developing new hypersonic missile technology – the most advanced in the world – and is likely expanding its nuclear arsenal to deter the U.S. military. China is also continuing shows of force around Taiwan and the South China Sea despite U.S. protests. Additionally, relations between Beijing and Moscow have reached a new level, and could result in increased security cooperation as both feel pressure from Washington over Ukraine and Taiwan.

A bipartisan majority of members of Congress agree that Beijing seeks to become the most powerful country in the world and is planning to supplant the U.S. as the dominant global power and leader. They believe that a hegemonic China would lead to the spread of authoritarianism and human rights abuses that would impact the security and prosperity of the U.S., its allies and partners, and countries across the globe. The U.S. often points to forced labor in Xinjiang and Tibet and the abrogation of democracy in Hong Kong as examples of what the world would look like in a Chinese-led order. Fulfilling a campaign promise, President Joe Biden even hosted a Summit for Democracy – an event that implicitly called out Beijing’s authoritarianism, especially as it included Taiwan.

Beijing argues that it does not seek to upend the international order or to displace the U.S. as the most powerful country. While desiring to be treated as a great power or an equal to the U.S., China appears to be more concerned about the survival of its regime and continued economic success. Beijing’s response to the U.S.-convened Summit for Democracy in which China ardently defended its authoritarian system as a “whole-process democracy,” highlighted the regime’s security concerns. But with its wolf warrior diplomacy, Beijing is doing little to convince the US and the broader West of its intentions.

Competition is the New Normal

Prospects for improvements in the U.S.-China relationship are dim. While U.S. President Joe Biden and Chinese President Xi Jinping have held numerous talks to keep the relationship stable, it is unlikely mutually acceptable solutions to trade and economic disputes, security concerns, and political goals are on the table for the foreseeable future. Companies should continue to expect tit-for-tat policy responses resulting from U.S.-China competition – and possibly escalating confrontation – that could upend business operations and change market dynamics.