How would a revived US-Iran nuclear deal change the sanctions landscape? 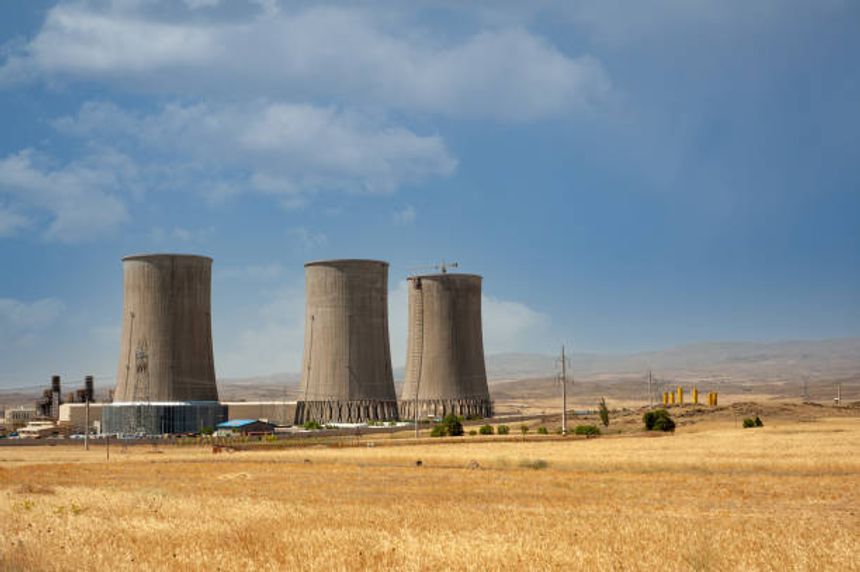 Talks between the U.S. and Iran to revitalize the nuclear deal may have stalled but they are far from dead. There is still optimism that the agreement to limit Iran’s ability to make weapons-grade uranium, in return for a lifting of some of the sanctions on the Islamic republic, can be restored.

If the deal is renewed, the result could reduce the risk of nuclear proliferation in the Middle East and would deliver a significant jolt to the sanctions landscape by removing a number of U.S.-imposed sanctions, making it easier for banks and other financial institutions to be involved in Iranian transactions. Though it's important to note that many sanctions on Iran will remain, along with serious legal and financial penalties for any violations.

The Joint Comprehensive Plan of Action (JCPOA), the Iran nuclear deal’s official name, was agreed upon in Vienna in 2015 between Iran and the five permanent member members of the U.S. Security Council (UK, U.S., France, Russia, and China), Germany, and the European Union. Iran agreed to limit its nuclear program, and in return, the counter-signatories agreed to remove certain sanctions on Iran.

President Obama was a signatory. However, President Trump, who succeeded him, was unhappy with the deal and unilaterally took the U.S. out of it in 2018. Re-entering the deal was part of President Joe Biden’s election campaign and when he was elected last year his administration was quick to reopen talks with Iran.

The three big questions, therefore, are these. How likely is it that the U.S. and Iran will come to an agreement? What will be the geopolitical and macroeconomic consequences if they do? What will be the operational consequences for financial institutions if some sanctions on Iran are removed but others remain?

Is a new deal likely?

New negotiations started in fall 2021 and accelerated through the winter. By late February, U.S. officials voiced optimism that a deal was possible “potentially within days.” At the same time, French negotiator Philippe Errera published a partial photograph of a draft agreement. At that point, negotiations focused on issues ancillary but necessary to the restoration of the deal, including how to lift sanctions, how Iran will unwind its nuclear activities within the limits of the deal, how each side’s commitments will be implemented, whether to lift the designation of the Islamic Revolutionary Guard Corps (IRGC) as a Foreign Terrorist Organization, and assurances that, despite not being a treaty, the deal will survive a change in U.S. administration.

Today, despite initial progress, the talks have ground to a screeching halt. The key sticking points are Tehran’s demands for the U.S. to (a) delist IRGC as a Foreign Terrorist Organization and (b) guarantee that no future U.S. administration unilaterally abandona the deal.

U.S. Special Envoy Robert Malley, while not ruling out a delisting, the U.S. special envoy for Iran, reportedly said at a conference in Qatar in late March that sanctions on the Revolutionary Guards will remain and that the current administration cannot make any assurances about what a future administration will do.

Although negotiations have been paused since mid-March, U.S. State Department spokesman Ned Price has remained optimistic. Recently, Ned Price, a U.S. State Department spokesman, summed up the situation at a press briefing on April 21: the U.S. government believes “that a mutual return to full implementation of the JCPOA would afford us non-proliferation benefits that are very much in our national security interest.” In other words, it would “reimpose the verifiable, permanent limits on Iran’s nuclear programme”. “We… have made significant progress in recent months, but an agreement is uncertain,” he said. “There are differences that remain.”

Hostility in Congress and in the region also complicates the finalization of a deal. Israel, Saudi Arabia, and the UAE remain opposed to the deal because they feel that lifting sanctions will embolden Iran’s disruptive regional behavior. And in Congress, Senators from both parties want a more comprehensive agreement - a non-starter in Tehran. Their concerns will have to be addressed for the deal to be successfully implemented.

On the other hand, in the same briefing, Price went on to say that the U.S. government believes “that a mutual return to full implementation of the JCPOA would afford us non-proliferation benefits that are very much in our national security interest.” In other words, it would “reimpose the verifiable, permanent limits on Iran’s nuclear program”.

Yet, there is renewed urgency to strike a deal. In March, the International Atomic Energy Agency (IAEA) said Iran had 33kg of uranium enriched at 60%. There is no use for such material other than to make a bomb. Without a deal, U.S. officials believe the breakout time – the time it would take to produce enough weapons-grade uranium for a single weapon – is now a matter of weeks rather than 12 months when the original deal was working implemented.

What will be the geopolitical and macroeconomic consequences?

If the U.S. re-enters the deal and sanctions on Iran are eased, an immediate benefit will be to free up Iranian oil and gas to help Germany and other EU countries cope with the fuel crisis caused by Russia’s invasion of Ukraine. The EU is seeking to phase out Russian fossil fuels, a tall order as it imports 40% of its gas needs, 27% of its oil needs, and 46% of its coal needs from Russia. The EU plan (REPowerEU) is designed to make the EU fully independent of Russian fossil fuels well before 2030 and reduce EU gas demand by two-thirds before the end of this year.

In addition, the EU is considering a ban on Russian oil which, according to Goldman Sachs, could push the price per barrel toward $185. The plan’s viability hinges in part on bringing new oil and gas supplies to global markets to compensate for Russia’s lost output and stabilize prices. If a deal is made and sanctions are lifted, Iran, with its large oil and gas reserves, could bring significant spare capacity to the markets. Energy analysts estimate it would take only a few months for Iran to ramp up oil production to pre-sanctions levels of 3.8mbd. In addition, Tehran is planning $90 billion of investments to boost oil capacity to 5mbd over the next decade.

Ramping up gas exports will be more difficult as it will require massive investments in exploration, production, pipeline, and/or LNG distribution infrastructure to expand export capacity toward Europe. Nonetheless, if Iran can increase the reliability of its gas sales to Turkey, which are currently flowing at only 50% of capacity due to pipeline problems, this could release other sources of gas to be shipped to Europe.

What will be the operational consequences for financial institutions?

Complying with international sanctions is a time-consuming, difficult and risky undertaking. U.S. penalties for transgressors can be eye-wateringly high. A renewed U.S.-Iran deal would certainly ease the pressure on banks and other financial institutions’ sanctions programs. However, it is important to understand that many sanctions on Iran will remain. The scope of a new JCPOA would will be similar to the original 2015 agreement, in that it would only lift secondary sanctions. Primary sanctions would remain, meaning that U.S. financial institutions would still be prohibited from being involved in Iranian transactions.

Primary sanctions prohibit “U.S. persons” from transacting with certain countries, entities, and people. The definition of “U.S. persons” includes all people and entities within the U.S.; all U.S. citizens and permanent resident aliens wherever they are located; and all U.S. companies and their foreign branches (and sometimes their foreign subsidiaries). Breaking primary sanctions can lead to civil and criminal penalties.

Secondary sanctions do not need a U.S. connection. They apply to “non-U.S. persons” (that is, foreign entities and people) directly or indirectly engaged in certain transactions that occur outside the U.S., relating to sanctioned countries. This makes the laws “extra-territorial”. Breaking secondary sanctions does not usually lead to civil and criminal penalties, but can lead to limits on access to, or exclusion from, the U.S. financial system and markets.

There are therefore several practical steps that financial institutions will need to take if the JCPOA is revived and secondary sanctions lifted, as follows:

Negotiations on a new U.S.-Iran deal may have slowed, but they have not expired. The situation could change rapidly, and with it the sanctions landscape. Financial institutions need to be aware of this and plan accordingly.