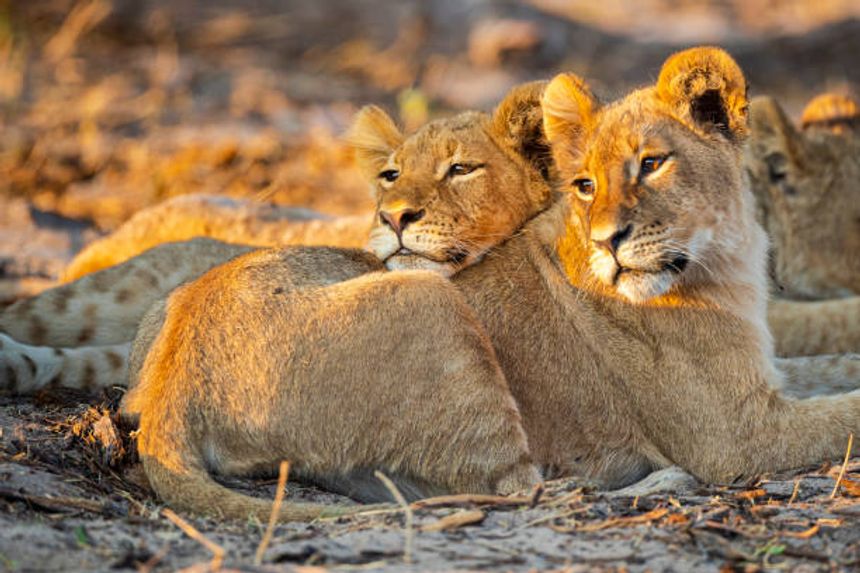 Global action to combat the trade in endangered animals and their body parts is mounting. Andrew Pimlott outlines what is being done, with a focus on the measures being taken to prevent the illicit proceeds of these crimes being laundered through the financial system.

Visitors to London Zoo peering into the endangered Siamese crocodile enclosure do not see a live animal swimming around, just a handbag made from its skin. A notice explains that these reptiles are found in rivers across Southeast Asia, but over the past 75 years more than 80% of them have disappeared, many hunted illegally for commercial use.

The bag was seized by British border officials a few years ago and has since been on display at the zoo to publicize the problem of illegal wildlife trading. It only gained widespread publicity this August when the story went viral on Twitter and spread to mainstream media.

“In recent years the impact of illegal wildlife trade (IWT) on species has reached unprecedented levels,” says the zoo’s owner, the Zoological Society of London (ZSL). “This illicit trade is estimated to be worth up to $23 billion a year and represents a threat to the very existence of some of our best-loved species including rhinos, tigers, elephants, and pangolins.”

The mass trafficking of animals is not only cruel and driving some species to extinction but it also undermines the economies of developing countries that rely on wildlife for tourism income. To make matters worse, the money the criminals make from this trade is then laundered through the international financial system and used to fund other crimes and terrorism.

Action to stop the trade is being taken by wildlife organizations like ZSL, national governments, international organizations like the United Nations, law enforcement agencies, and financial institutions. The latter plays a vital role in disrupting the financial flows of this business through strict anti-money laundering (AML) procedures.

Investec, the Anglo-South African international banking and wealth management group, is a good example. It works closely with the South African Anti-Money Laundering Integrated Task Force (SAMLIT), part of the government’s Financial Intelligence Center. In 2020, SAMLIT established an expert working group (EWG) on the IWT, with Investec as a member, along with other financial institutions such as Absa, Capitec Bank, Citi South Africa, Nedbank, and Standard Bank.

The EWG’s November 2021 report, Financial flows associated with illegal wildlife trade in South Africa, said that until recently there had only been “limited attention given to investigating and understanding” these flows”. The situation has now changed, with the EWG increasing knowledge among financial institutions, financial regulators, and law enforcement authorities about these flows and helping them to disrupt them. The report shed light on the use of informal payment schemes, cash, and front companies to launder funds and avoid detection, and how transaction monitoring and analysis can be used by banks and the authorities to improve detection rates.

In March this year, SAMLIT revealed that its public-private partnership had resulted in 12 arrests and the seizure of 78 rhino horns, ivory, and other wildlife products. Gerald Byleveld, Investec’s Head of Financial Crimes Compliance, and head of SAMLIT’s EWG said “it takes a network to catch a network, and we have learned that by joining forces and communicating through legal frameworks, we can be much more effective than by operating in silos”.

International government organizations are taking action too, such as the Financial Action Task Force (FATF), the Paris-based inter-governmental body which coordinates global measures to combat money laundering and terrorist financing. In 2020 it published Money laundering and the illegal wildlife trade, a guide to countries on what measures they can take to combat the problem.

It urged governments “to identify and assess their money laundering risks relating to the illegal wildlife trade” and to “ensure that national laws and powers for law enforcement allow authorities to go after the finances of wildlife traffickers, and to pursue financial investigations”. It added that the private sector had a role to play too, and listed “good practices and risk indicators” for banks and others to adopt in identifying financial activity linked to this trade. FATF followed up with a similar but wider-ranging report in 2021, Money laundering from environmental crime.

Wildlife organizations leading the fight against IWT are acutely aware of the need to enlist the support of the financial sector. One of these is United for Wildlife (UfW), founded by Prince William and the Royal Foundation in 2014 and still spearheaded by him as the new Prince of Wales. It aims to make it impossible for traffickers to transport, finance, or profit from illegal wildlife products by working with governments, the transport and finance sectors, law enforcement, and other organizations.

The bank-led Financial Taskforce within UfW aims to stop wildlife traders from using the global banking system to transfer and launder their income. Its 38 signatories include banks like Standard Chartered, Credit Suisse, HSBC, ANZ, Commercial Bank of Africa, and Citigroup. It also includes technical experts such as TRAFFIC – the Cambridge-based organization tackling illegal trading in wildlife – and the UN Office on Drugs and Crime.

Vice-Chair of the Taskforce is David Fein, General Counsel of Standard Chartered, one of the UK’s biggest banks. “The illegal wildlife trade is a serious organized crime, carried out by ruthless cross-border criminal networks,” Mr. Fein told delegates at a conference organized by UfW and the British High Commission in Botswana earlier this year. “By convening and working collaboratively with the transport and finance sectors, building key partnerships with NGOs, and sharing information and best practices across the sectors, we will disrupt this criminal network.”

The Southern African chapter of UfW was involved with SAMLIT’s role in the successful arrests and rhino horn seizures mentioned earlier which, said Mr. Fein, set “a brilliant example for other countries and regions of how collaboration, focus, and commitment can make a positive difference for our communities and our planet”.

The Importance of Training

TRAFFIC, as well as being a member of the Financial Taskforce, helped the Miami-based Association of Certified Anti-Money Laundering Specialists (ACAMS) launch in July 2022 a Chinese language version of ACAMS’ “Ending illegal wildlife trade” certificate. Individuals taking the course are trained “to identify, report, mitigate and remedy the risks associated with each stage of the illegal wildlife supply chain”.

The original certificate was developed and launched in 2020 by ACAMS and the Washington DC-based World Wildlife Fund (WWF), with the support of UfW. ACAMS CEO Scott Liles said he was “proud that our continued partnership with WWF and now TRAFFIC” has enabled it to offer a Chinese version of its certificate and to expand its scope with new content – case studies highlighting recent ivory, timber, and wildlife-trafficking investigations in Thailand, Tanzania, and China.

Although it is important to disrupt the financial flows associated with the illegal wildlife trade, the ultimate objective is to stop the physical flow of live animals and their body parts. For example, the British government’s Department for Environment, Food and Rural Affairs (Defra) in July awarded a further £7m to the Illegal Wildlife Trade Challenge Fund. Funded by taxpayers but run by engineering consultancy NIRAS-LTS, the fund supports projects around the world tackling this illicit trade. To date, the fund has supported 136 projects in more than 60 countries to the value of £43m.

At the Inter-governmental level, the United Nations Environment Programme (UNEP) has launched multiple initiatives, one of the most recent being this April when it joined forces with WWF-India and India’s Wildlife Crime Control Bureau to combat wild animal trafficking at the country’s airports. The UN Office on Drugs and Crime’s (UNODC’s) World wildlife crime report 2020 received wide publicity when it emphasized the threat the activity “poses to nature and the biodiversity of the planet”.

Wildlife trade is regulated through the 1975 Convention on International Trade in Endangered Species of Wild Fauna and Flora (CITES) to which 184 countries are signatories. The CITES secretariat, which works closely with the United Nations, organizes World Wildlife Day. CITES Secretary-General Ivonne Higuero said at this year’s event that international regimes and national government-led policies are critical for protecting wildlife, but some of the most important work “is done by local people and [local] organizations”.

At CITES’ 19th World Wildlife Conference in Panama this November, 4,000 delegates will be asked to consider stricter trade regulations for nearly 600 species of animals and plants believed to be under increased threat of extinction from international trade.

I have already mentioned TRAFFIC’s role in making it harder for traders to launder their ill-gotten money but has a much broader remit to do anything it can to stop trafficking. For example, it has set up four regional Trade in Wildlife Information eXchanges (TWIXs), such as EU-TWIX and Africa-TWIX. These online tools facilitate cooperation between law enforcement agencies across Europe and Africa, such as Interpol (International Criminal Police Organization) and Europol, to help them catch and prosecute traders. Interpol’s successful operation this year – codenamed Golden Strike – to arrest wildlife traffickers and seize ivory and other animal parts across Africa and Asia relied heavily on intelligence sharing between 23 countries.

As with any type of crime, it will be impossible to eliminate entirely the illegal wildlife trade. But with financial institutions, consulting firms, governments, and wildlife charities working together they will surely succeed in reducing the scale of the problem.