This browser is not actively supported anymore. For the best passle experience, we strongly recommend you upgrade your browser.
All Posts Team 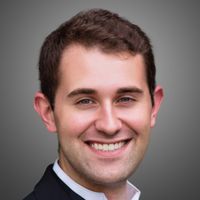 Quinn Marschik is a Senior Associate with Ankura's Geopolitical Advisory. He is the practice's lead Indo-Pacific analyst with personal expertise in China. Quinn is also responsible for developing thought leadership related to the Indo-Pacific. Before rejoining Ankura, he was the Policy Advisor to the Deputy Undersecretary for International Affairs at the US Department of Labor from 2019-2021. At Labor, Quinn led the integration of the Bureau of International Labor Affairs into the US Indo-Pacific Strategy, advised on trade and labor affairs (including implementation of the USMCA), served as a negotiator for the US at the International Labor Organization (ILO), and was the US co-lead negotiator for the 2020 G20's Employment track. Before government service, he was a geopolitical analyst at Ankura (2016-2018) and the Assistant Director of the Center for the National Interest (2017-2018), a foreign policy think tank founded by former President Richard Nixon advancing the realist view of international relations. Quinn earned an MA in the social science (political science concentration) from the University of Chicago (2016) and a BA, cum laude, and with high distinction in political science and East Asian languages and cultures from the University of Illinois at Urbana-Champaign (2015). He studied Chinese language and literature at Peking University in Beijing, China (2013-2014). Quinn is also a Contributing Fellow at Defense Priorities, a think tank promoting realism and restraint in US foreign policy, a Young Leader at Pacific Forum, an Indo-Pacific-focused think tank, a former Constitutional Fellow at The Catholic University of America's Center for the Study of Statesmanship, a George C. Marshall Fellow at The Heritage Foundation, and a US Delegate to the 2022 Yenching Global Symposium at Peking University's Yenching Academy.

By Pascale Siegel Quinn Marschik Michelle DiGruttolo
The steady decoupling of the world’s two biggest economies has turned up the heat in the Indo-Pacific, and as great power competition...
By Michelle DiGruttolo Pascale Siegel Quinn Marschik
China watchers everywhere are trying to make sense of the increasingly cooperative relationship between Beijing and Moscow, especially...
By Quinn Marschik
Maoism returns. A new Cultural Revolution is on the horizon. These are what some analysts claim to be the results of Chinese President Xi...
By Quinn Marschik
The geopolitical landscape in the Indo-Pacific is shifting quickly. Despite the change in U.S. administration, the U.S.-China rift...
By Quinn Marschik
U.S-China relations are growing increasingly tense in three areas critical to international relations: economics, security, and – above...